What really happens to the less than perfect apples

What really happens to the less than perfect apples

More than 30 per cent of Canada’s food is wasted. That shocking statistic comes from Value Chain Management International, an Oakville-based consultancy that studies the food waste problem extensively.

So how does that apply to Ontario’s apple industry? We know there is less than perfect fruit that doesn’t end up in the grocery store – do they end up in the garbage or the compost?

Actually no, according to Tom O’Neill, General Manager of the Norfolk Fruit Growers’ Association, a large agricultural co-operative in Norfolk County that markets apples on behalf of its grower members.

“We’re pretty fortunate in the apple business, we can find a use for pretty much everything,” O’Neill says. 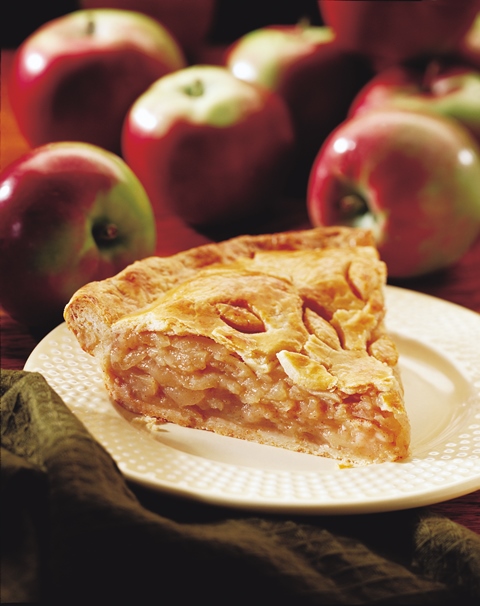 Apples are graded primarily according to their size and colour, with each variety having its own standards that fruit has to meet to be graded “Canada Fancy” or “Canada Extra Fancy” for the fresh retail market.

If the apples don’t make those two top grades, they’re downgraded to processing and there are a variety of market opportunities in the category.

Those include sauce, slices for baked products like pie and strudel, juice, and cider as well as newer processed products like dried apple chips or pomace – what’s left over after juice is made – that can be dried for pet food.

“Ontario’s apple crop used to be more than half just in varieties specific for processing, but now we’re growing more for the fresh market,” O’Neill explains.

Idared, Crispin or Northern Spy are ideal for pie and other sliced apple applications, and McIntosh and Empire make good apple sauce, for example.

The Norfolk Fruit Growers have a market for some of their smaller fresh apples too. They’re distributed in bags of 50 to FoodShare, a Toronto organization focused on improving access to affordable, healthy food that uses them for local school snack programs. 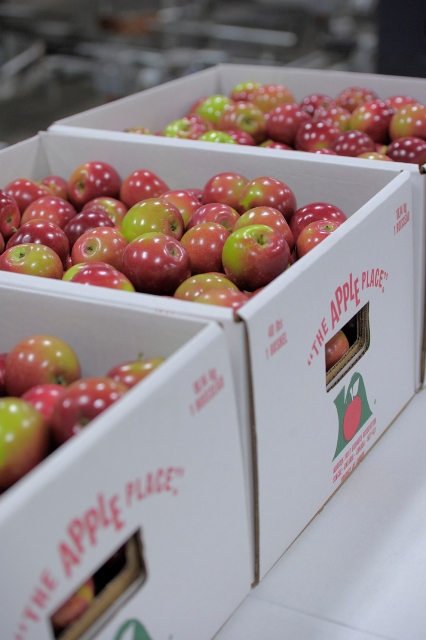 “We move a lot of smaller fruit through FoodShare that would normally go into juice. It’s the type of apple that suits children, who don’t need a big apple, but gives us an outlet with more of a return to the grower,” he says. “And we’re creating a future consumer. If we get kids eating apples young, maybe they’ll eat them the rest of their lives.”

Apples are also part of Loblaws’ new Naturally Imperfect line – produce that is imperfect, such as undersized, discoloured, misshapen or bruised, but otherwise edible, and sold by the retailer at prices up to 30 per cent less than regular fruits and vegetables.

Apples that don’t have enough colour or have a bit of bruising will go into a secondary market like this – consumers get access to discounted produce and growers will get a better return than if those same apples end up being processed.

O’Neill says as apples are picked, about 75 per cent are designated for the fresh market and 25 per cent are either culled at the tree or are processing varieties.

Of the fresh market apples, 80-85 per cent will end up packed and marketed, with the remainder being sorted for sauce, juice or the bakery trade.

Apples culled at the tree are left on the ground in the orchard where they are used as fertilizer for the apple trees.

Only a very small percentage of the total fruit crop is actually not used and those are apples with signs of decay.

“We have a secondary market for everything other than fruit with decay. If an apple has any kind of rot, it won’t go anywhere and we work hard to ensure we don’t have rot,” says O’Neill. “Our percentage is about one to 1.5 per cent, but Mother Nature does like to change things up every year, so that will fluctuate a bit depending on weather conditions.”