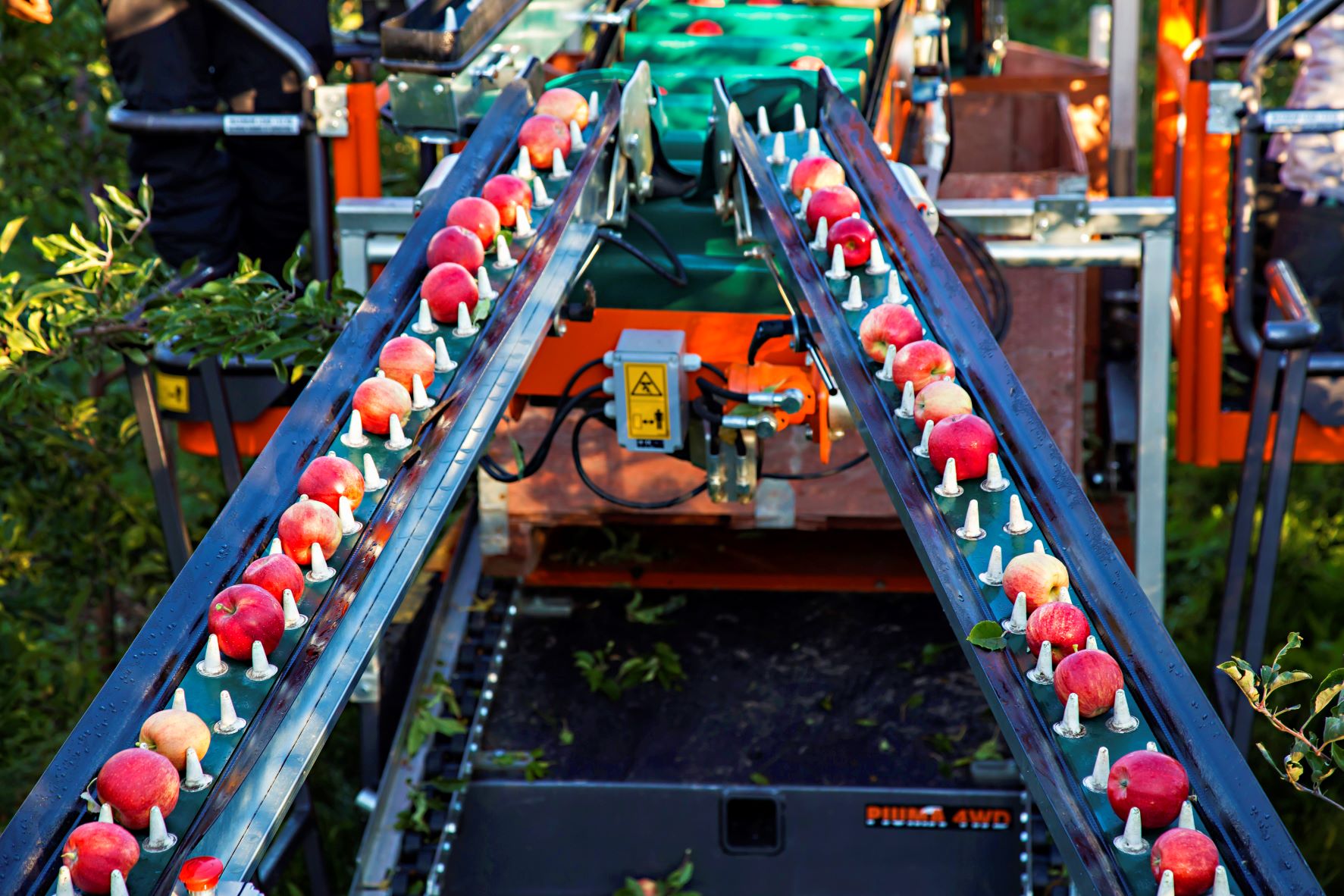 It’s not your grandfather’s orchard any more

Innovation, technology and changing consumer tastes have changed many things about farming - and apple growing is no different.

Paul Frankis has seen many of those changes first-hand in his more than 30 years of managing an orchard near the southwestern Ontario town of Kingsville, close to Windsor. Originally from the United Kingdom, he landed in Ontario at age 25 after some time spent working in Australia and Michigan.

One of the biggest changes he’s noticed over his decades in apple growing is in the varieties now being grown in Ontario orchards.

“What we were mostly planting down here (at the time) was Red Delicious, and one of my first things was planting Gala apples, which was a bit unusual at the time, but Gala is now the number one apple in the province in terms of volume,” says Frankis. “This orchard is about 90 acres and it was more than half Red Delicious back then. Now, they are just a few acres and we grow mostly Gala, Ambrosia and Fuji.”

Most of the apples produced in the orchard end up on retail shelves, marketed through Martins Family Fruit Farms or Algoma Orchards.

Not only are the varieties different, but trees are continuously being planted closer and closer together so that growers can produce more apples on the same amount of land. According to Frankis, orchards that used to contain 160 trees to the acre can now accommodate up to 1,400 trees on that same acre.

A trellis system is used to support the trees, and modern plantings look more like grape vines than the large, bushy fruit trees many consumers remember from childhood. That shift in tree density and orchard appearance isn’t just to produce more fruit though. It’s also to allow for more mechanization of apple growing.

For example, Frankis uses two-level platforms now for workers to prune, thin and harvest trees instead of ladders that have to be manually moved from tree to tree. It’s safer for workers, and also more efficient.

“We are doing more things on platforms now, producing more with the same amount of labour. The farm is the same size as when I came here, but we’re always trying to find more efficient ways of getting as much out of the ground as possible,” he says, adding that as more automation comes to the orchard, like apple picking or tree pruning, trees will continue to change.

“We’re shifting to getting trees closer together and more uniform, less the 3-D trees of 40 years ago and more 2-D so we can accommodate the equipment of the future and technological evolution,” he says.

Automation will reduce some of the apple industry’s dependence on manual labour, but Frankis believes there will still be a need for skilled workers. Labour-saving devices will make work easier and faster while also adding new types of jobs in areas like robotics, machine learning and computer technology.

Another area where technology has already made a significant difference in apple production is when it comes to dealing with weather.

An early spring frost during blossom season can severely damage or even destroy a whole apple crop, which is what the Ontario industry experienced in 2012. That’s when Frankis started installing frost fans in the orchard, and as of last year, the whole orchard is now protected with this technology. The fans pull warmer air down to the ground level in the orchard, preventing the trees from becoming damaged from frost.

There is also a special kind of netting that can be put over the tree rows in the orchard that will protect the apples from hail damage. As well, the whole orchard is now irrigated using a trickle irrigation system which delivers a consistent supply of water, ensuring both healthy trees and healthy fruit.

“In these high-density orchards, the trees are like racehorses - you need to keep them well watered and well fed,’’ Frankis says. “They’re not like the big old trees with deep roots, they have a narrower, more confined area to grow in. We didn’t used to have any irrigation at all.”

Growing apples is complex, he adds, but it’s always innovating and changing, which is what makes the industry so interesting for him.

“The apple business is like the fashion business - the consumer is always looking for new things, so we’ve always got an eye out for new varieties and trying to spot the one that will be the next winner,” he says.