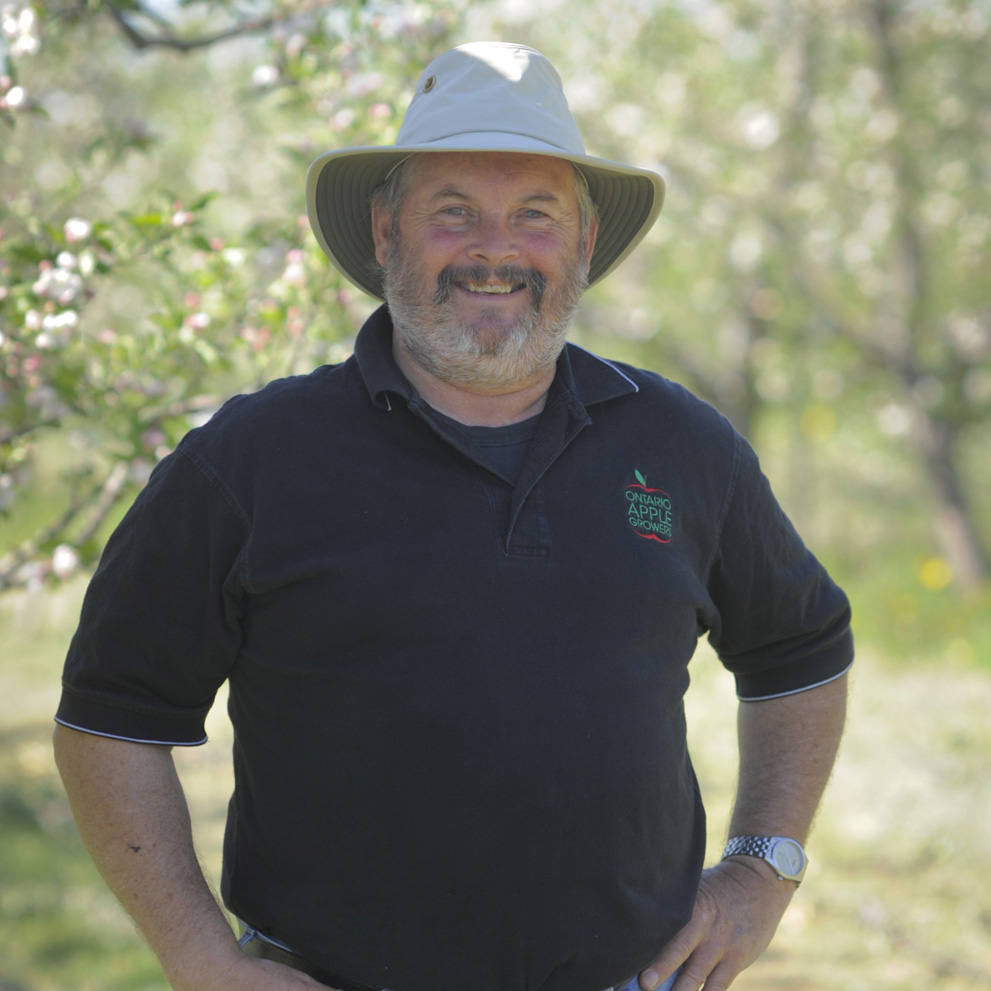 Alliston ON, 24 January 2018 – Apple grower Art Moyer of Grimsby is the 2017 recipient of the Arysta Golden Apple Award. The announcement was made last night at an industry banquet in Alliston, held in conjunction with the Ontario Apple Academy.

Moyer and his wife Marlene have grown apples on the Niagara Escarpment for many years as part of a fruit growing business established by his father in 1947 that also includes wine and juice grape, pear, tart cherry and poultry production.

He has served on the Board of the Ontario Apple Growers (OAG) since the organization’s inception in 2004, and was part of the committee that helped form the OAG after the dissolution of its predecessor, the Ontario Apple Commission.

The Moyers are known for always being willing to open their farm to visitors – whether it is fellow growers, researchers or urban food media and bloggers – as part of their efforts to strengthen the apple industry and help Ontarians understand where their food comes from.

“The apple industry appreciates Art’s tireless commitment to our grower organization and for doing the things that need to be done for an organization to work effectively on behalf of its members,” says OAG Chair and fellow apple grower Charles Stevens. “Equally valuable to our industry is his family’s willingness to welcome visitors to their orchards to talk about apple production, whether it’s a group of growers or food industry professionals.”

The Moyers welcomed the 2017 Ontario Apple Growers summer tour, and have also hosted pruning demonstrations by international experts like Terrence Robinson from Cornell University and Raoul Cranston of Kiwicrunch in New Zealand. 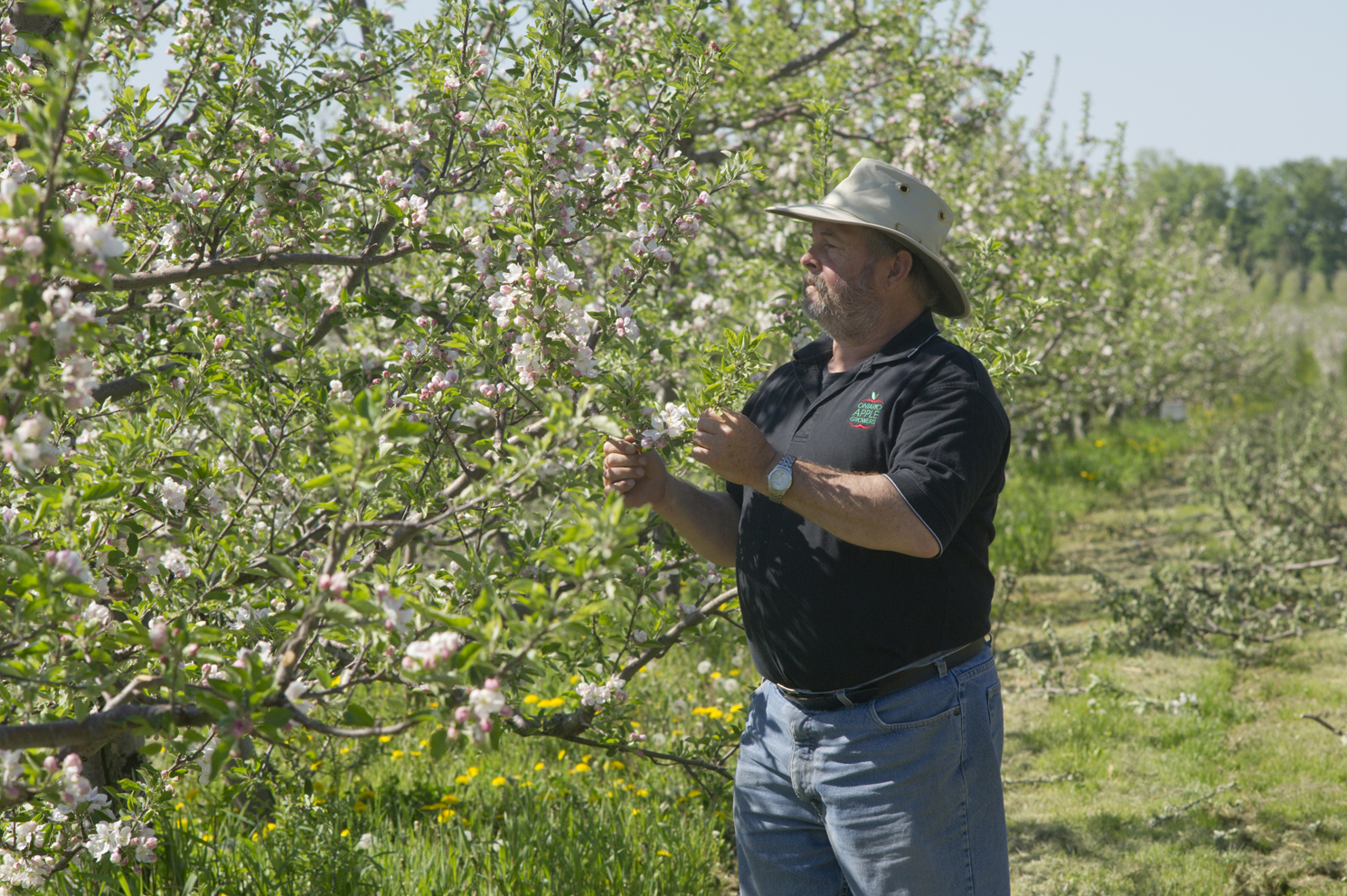 Moyer is also a willing participant in numerous on-farm research trials, supporting the Ontario apple breeding program at Vineland Research and Innovation Centre, hosting thinning trials, taking part in Integrated Pest Management tests for various pests, and sharing his cost-of-production data with OAG and the Ontario Ministry of Agriculture, Food and Rural Affairs to develop published benchmarks for the industry.

“On-farm research trials generate important information for the entire industry and having data from a commercial Ontario orchard is vital to all Ontario growers,” says Stevens. “Any farmer who has hosted trials knows that this requires a significant commitment of time and effort to manage the trees, perform the required tasks at particular times, and collect data and we are grateful to growers like Art who are willing participants in support of growing our industry.”

A leader in trying new rootstocks, varieties, production techniques, machinery and technology, Moyer is a frequent participant at educational events like the Ontario Fruit and Vegetable Convention, Great Lakes Fruit and Vegetable Expo, the Ontario Apple Academy and the Cornell apple school. He also takes part in tours to leading apple growing regions around the world as well as tours and meetings of the International Fruit Tree Association.